As of october 2019, Calamares is translated into 54 languages. There is a translator’s guide with instructions on how it works (via Transifex, Calamares project ). Thirteen (13!) languages have a 100% translation, which means that even all the obscure-ish error messages have been done.

The latest language to join the club is Malayalam, a language of Kerala state. 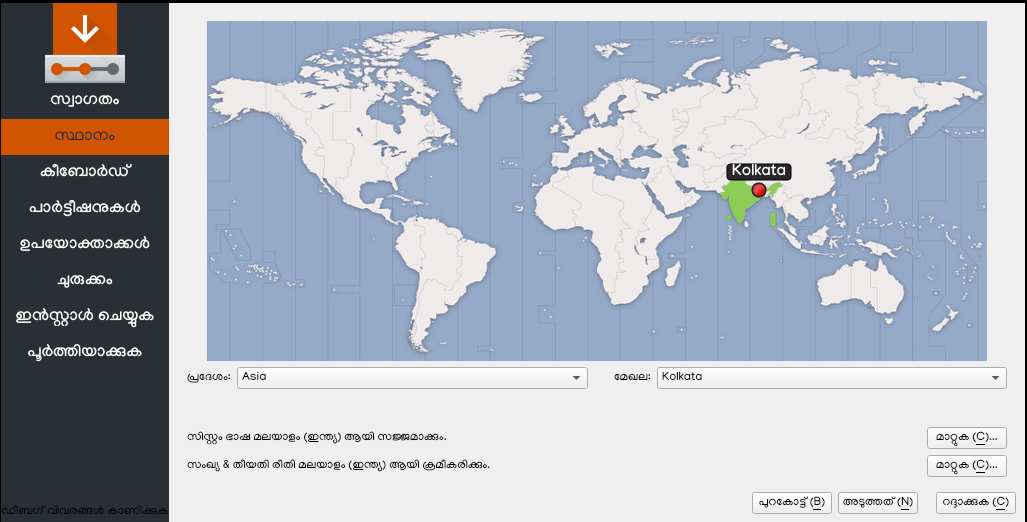 This language went from new to complete-except-for-the-programming-examples in five weeks, which I think is an amazing effort by the Malayalam translation effort. You may notice that timezone-names are still in English: Asia/Kolkata, that’s some left-over i18n work that I have not spotted before. (PR’s welcome!) The partitioning page also has some sprinkling of leftover bits of English, also names of things.

Esperanto is available if you have a sufficiently new Qt – older Qt versions flat-out refused to accept eo as a locale name, so it could not be used.

This language is hovering around 8% complete, so it’s not usable as a native installation language, but I think it’s cool that there is a team working on it.

There are seven (7) languages which have 0% translation, and one which doesn’t even have any translators attached (Uzbek). So if you want to help out Free Software with a little translation work, and speak Catalan (in the Valencian dialect, mind), Swiss French, Gujrati, Lao, Farsi, Urdu or Uzbek, please reach out and ping the Calamares team on IRC, Transifex, or GitHub.