The Calamares team is happy to announce the immediate availability of Calamares 2.3, a feature release that brings many incremental improvements over the Calamares 2.2 series, as well as new features such as full disk encryption. 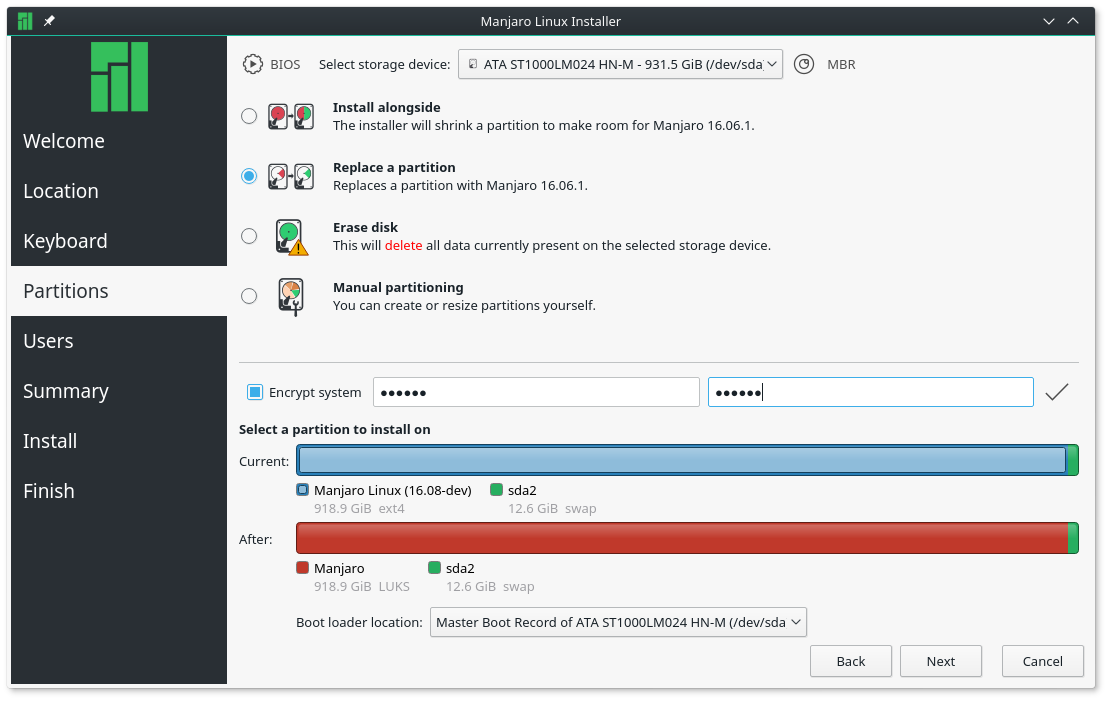 Calamares 2.3 about to install with full disk encryption, on Manjaro Linux.

The big focus of the Calamares 2.3 development cycle was implementing support for installing with full disk encryption. A lot of work was put into KPMcore, KDE Partition Manager, the Calamares partitioning module, and a number of other modules. The encryption feature in Calamares 2.3 acts as a basic configuration interface for LUKS, with the goal of making it as as easy and newbie-proof as possible without sacrificing security. If the encryption feature is enabled, Calamares 2.3 also encrypts the boot loader, and the user is only prompted for the passphrase once. Swap partition encryption is also supported, as well as resuming from suspend-to-disk with an encrypted swap partition.

Other highlights of this release include:

The partitioning module of Calamares 2.3 depends on KPMcore 2.2 or later. Further distribution-specific deployment adjustments may be needed for full LUKS support, for more details see the Calamares wiki.