The Calamares team and Blue Systems are proud to announce the immediate availability of Calamares 1.0.

Calamares is a distribution independent installer framework. The initial idea for Calamares popped up in May 2014, less than a year ago, and out of frustration: many successful independent Linux distributions came with lackluster installers, and all of these installers were a result of competition rather than cooperation. Improving one of the existing installers wouldn’t have fixed this, as every installer was more or less distribution specific. We wanted to create a product that would satisfy the requirements of most Linux distributions, developed as an upstream project for all of them. 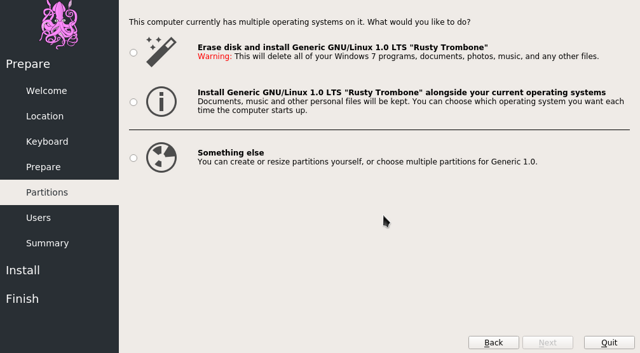 Calamares is on track for a Q4 2014 release. Expect it on KaOS, Maui and Netrunner soon.